Since we've just passed in the second half of year 2010 I have re-read for you the press release issued by the Romanian Directorate on Investigating Organized Crime and Terrorism (DIICOT) - the law enforcement body which also investigates computer related crimes in Romania.
I have made a selection of all press-releases for cybercrime cases in the first half of 2010 year in an attempt to analyze the data with respect to types of cybercrime most often encountered, areas covered, etc.

The total number of cases found is 12. 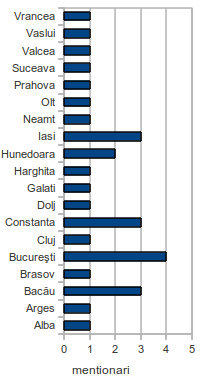 Romanian counties involved:
From a total of 41 counties in Romania, the actual number of counties in which computer related criminal activities were found is 19. On top, we can see the capital city Bucharest in 4 of the cases, Bacau, Constanta and Iasi in 3 cases, Hunedoara with 2, and the rest of the counties in the list with one case each.


Cross border criminal activity:
We can see from the data that, with the exception of two cases, the computer related criminal activity targeted foreign countries from Europe and America and even Australia and New Zealand. 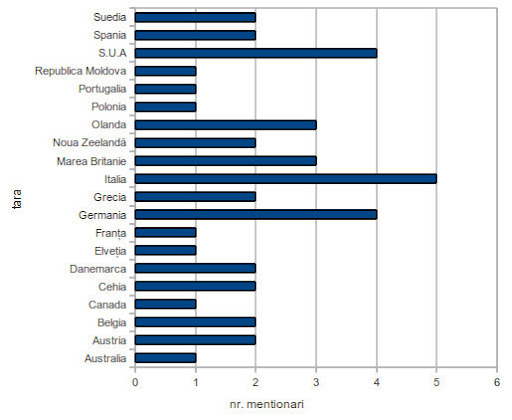 In the top we have Italy, with 5 cases, especially for skimming and credit card forgery, followed by U.S. and Germany with 4 cases. On the third place we have The Netherlands and The Great Britain. All other countries appear as targeted in two or one cases. I have not included Romania on the list although there were cases of skimming targeting Romania.


Organized crime networks:
In all 12 cases there were hearings for 272 persons, part of them being arrested.

With the exception of one case, in which a single person appeared to be involved, all the others have multiple authors appeared to be involved as follows:
One other aspect that can be seen from the press-releases is the cooperation between computer crime groups, the permanent exchange of data and tools - one particular case of skimming outlines the way such a group is organized on several layers of activity:
Types of crimes identified:
The majority of cases were in the area of electronic payment fraud, main activities identified being:
One single case does not fit into this pattern of electronic payment related fraud and it was related to illegal phone-calls interception by means of software planted into GSM phones.